Being one of the hottest investments in today’s cloud computing arena, it goes without saying that the SaaS (Software as a service) Services have created a lot of buzz in the IT industry. Looking at the way how radically the things are progressing ahead, it is high time to shift gears from conventional on-premise infrastructures to this newfangled technology. Software as a service (SaaS) is basically a substitute to the traditional model of standard software installation and configuration. Unlike on-premise solutions, in SaaS, one does not have to bear the cost of software infrastructures. In addition to enhancing a company’s productivity and competence, it provides considerable savings as well.

Here, we enumerate six main reasons why a business owner should consider switching to SaaS cloud computing services to proliferate his business:

As compared to installing traditional software substructures, the time taken to install SaaS cloud solutions is almost insignificant. As setting up a cloud based system doesn’t necessitate the installation of VPN access or IT specific infrastructures, it not just saves a lot of time but also a lot of money. As one’s company grows, one can upsurge the number of users and be unperturbed by the disorder caused by changing or adding more hardware. On-premise systems need persistent provision of internal servers, and when the number of employees working in a company increases, upgradation of the hardware and training of the workforces are two major considerations. SaaS Cloud-based setups do not pose any of these hassles. By adopting this cutting-edge technology, one can save a lot of time as well as alleviate many hassles associated with the increase or decrease of the number of resources.

According to a report by Gartner, the effortlessness and swiftness of deployment are two chief reasons for SaaS implementation in North America which is trailed by a lower TCO (Total Cost of Ownership). Since cloud-based SaaS setup comes with backups that are well-timed, one doesn’t need to worry about maintaining the infrastructure from time to time. In case there is a technical malfunction, software service providers can track it in no time. Besides, they are also accountable for restoring the lost data, if any.

3. The Service is Cost-Effective:

By deploying SaaS, one just needs to install the software and then you are free to use it anytime & anywhere. According to a research done by Gartner, the yearly price to own and manage software applications can cost up to as much as four times the actual initial purchase price. Subsequently, just by maintaining and running existing systems and software infrastructure, the business owners can end up disbursing more than 75% of their entire IT budget According to estimates by McKinsey, TCO (Total Cost of Ownership) of a SaaS delivered software is up to 40% lower than the out-of-date on-premise software. Hence, such a huge loss can be mitigated by switching to SaaS.

4. The Upgradations are Timely and Automatic –

Using the up-to-date versions of software is significant for any business to thrive in the market. As soon as the new functionalities, updates and upgrades are ready, a SaaS business application allows you to impeccably receive them on a consistent basis. With SaaS, there is no need to reconfigure or reinstall software. The upgrades are usually included as part of the software service, and occur without any participation from the end user.

Deploying conventional setups saddles companies with various issues. The most prominent one being the spacing issue as it demands room for everything, ranging from hardware, IT team setup to installing electricity and proper ventilation for the team. Cloud-based SaaS system, on the other hand, relieves you from the pressure, as it doesn’t require any physical space and can be accessed from anywhere anytime.

With the conventional software installation method, version inconsistencies amongst employees can lead to compatibility issues. However, with SaaS, the employees can easily log-on to already upgraded services. This enables employees of a firm to have compatible devices with consistent versions of software that facilitates ease of working.

So, what can you do to make heads turn and establish a foothold for yourself in this highly-competitive era? Switch to cloud solutions offered by SaaS and bid adieu to the conventional on-premise setups. As a business leader, it’s your responsibility to make the right choices and future-proof your company. Go ahead! 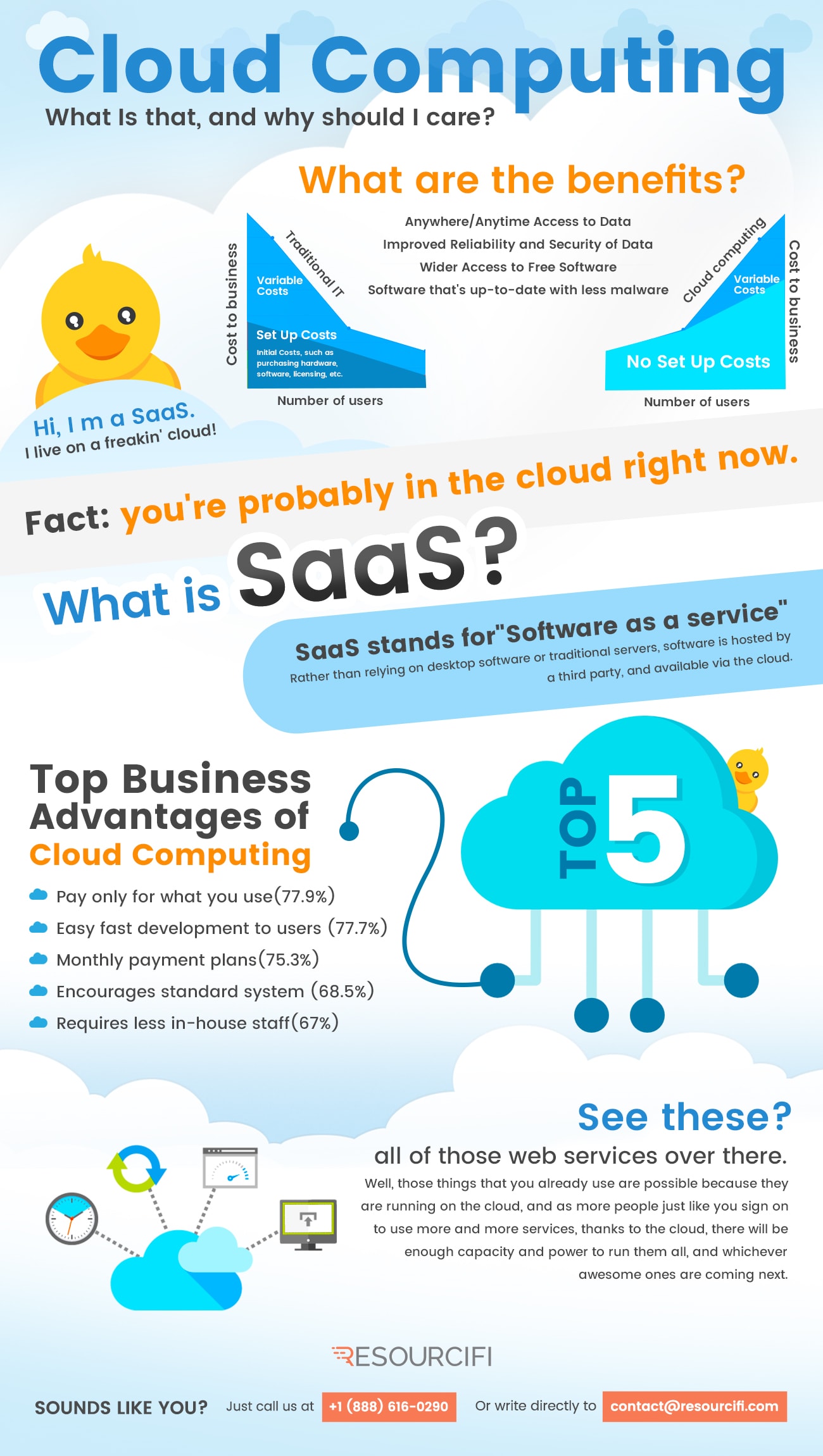