After Evan You published an article on Plans for the Next Iteration of Vue.js, disclosing about the changes to expect in Vue 3.0 the newest member to the family, it created a lot of buzz among developers to grasp the whole story. Back in 2016, Vue was rewritten and released as version 2.0 which introduced many new concepts like server-side rendering capabilities, a lightweight Virtual DOM and render functions to make remarkable performance improvements. Now after exactly two years (Sep 20, 2018) later, Evan gave a preview of Vue 3.0 features in his article. According to it the latest version Vue 3.0 will make the Vuejs app development better, faster, and more powerful. 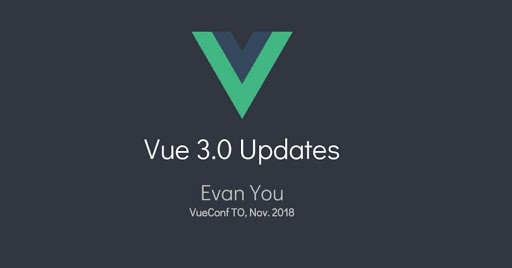 Vue.js developers can see some major changes with the release Vue 3.0 let’s get a synopsis of the same:

Now you can detect the slightest errors while writing an application as Vue 3.0 leverages the advanced hooks of renderTriggered and renderTracked. It will help developers to easily identify the bugs in coding stage.

Evan has redesigned the Virtual DOM from scratch that will probably include a more efficient code to create virtual nodes. It will boost patching and mounting that supports one of the chief goals of making the Vue library. Also, the implementation of prop hosting will skip patching nodes that aren’t going to change and cut-short the wastage of time, producing a faster development experience. 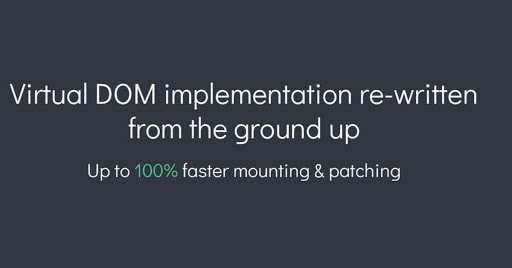 Evan You has revamped the slot mechanism in Vue 3.0. All compiler-generated slots will now function and invokes during the child component’s render call. It ensures dependencies in slots are collected as dependencies for the child rather than the parent. It implies that whenever the slot content changes, that change will be reflected only with the child re-renders and when the parent re-renders, it does not affect the content slot of child component. This way changes become even more precise and can be detected at the component tree level.

Despite the reduction in size Vue 3.0 comes with an in-build support for Portals that is responsible for rendering a sub-tree in another part of the DOM, instead of inside the component and Fragments which are the component returning multiple root nodes.

The moment Vue 3.0 gets launched, it will turn the table for other frontend frameworks. The exuberant features of this version like finest CLI, better observers, top-notch debugging, in-build portals, enhanced virtual DOM will make a significant change in the frontend environment. Now that you have understand that Vue.js has a bright future, you can consider contacting an esteemed Vue.js development company . One such company is Resourcifi, acclaimed as the best Vue development company by Clutch. We are extremely proficient in providing custom Vue solutions as per your requirements. Our dedicated Vue.js developers use agile practices and do not miss out any latest update so that your project gets along well with upcoming changes.

Welcome to 2020! The age of technology, the age of innovation. We all have read…

Do you guys use tinder? I’m sure that everyone at some point in time has…

Building a mobile app in today’s world is a lucrative idea. As per data by…