Virtual Reality that once dominated the entertainment industry is now revamping other sectors as well, from health care and education to financial services and e-commerce. Currently, the technology is being widely used across the globe to provide a compelling experience to video game enthusiasts and film fanatics. Attracting a million eyeballs due to its ability to convert convoluted content into rich, immersive and interesting experience, Virtual Reality is poised to create an impact wherever it’s used. Talking specifically about the field of finance, VR is an excellent opportunity for financial service providers to provide financial content in a way that’s easy to comprehend and consume.

The generation of Millennials is driving the increasing adoption of VR technology, majorly because the people falling in this category are the ones who have seen major transitions in technology and are open to experience more. Crucial engines of economies of various countries, Millennials form a major part of the planet’s population. According to Statista, by the year 2030, the GenY will have the highest 78 million people as compared to other generations. This young and bright population is steering the development of various industries, especially Financial Services. According to the Millennial Disruption Index, a three-year study that surveyed 10,000 millennials working in 73 firms from 15 different sectors, banking domain is at the highest risk of disruption. The study gives a clear picture of millennials’ retail-banking experience. It states that people of this generation are least interested to visit banks when they can do most of their banking works through their smartphones.

With consumers’ declining trust in traditional banking systems, there is a rise in awareness of the increasing need to keep pace with the changing technology. This shift in consumer choice is providing financial institutions with opportunities to reinvent the way they serve their patrons. With its potential to deliver a real life-like experience, Virtual Reality is effective in helping financial institutions combat this situation.

VR technology is capable of giving superlative banking experience to users by improving the brick and mortar system and providing customers an immersive and vivid environment. Although some financial institutions have started embracing VR, many still have to follow suit. For instance, researchers at some European banks are evaluating this new technology to check its suitability to be used by their wealth managers.

Banks setting foot in developing countries can also use Virtual Reality as a transformative technology. Instead of spending time and money on brick and mortar structures, they can get new customers and retain existing ones by improving upon the efficiency chart. This can be done by launching VR headsets in the market. This will also bridge the gap between consumer experience in developed and developing countries. With an easily accessible and fully functional digital platform, users can do all of their regular banking works regardless of where they are.

For a revenue-generating customer engagement, it’s essential that banks adopt VR effectively into their systems as this will draw focus on the visual aspects of an interactive banking experience. 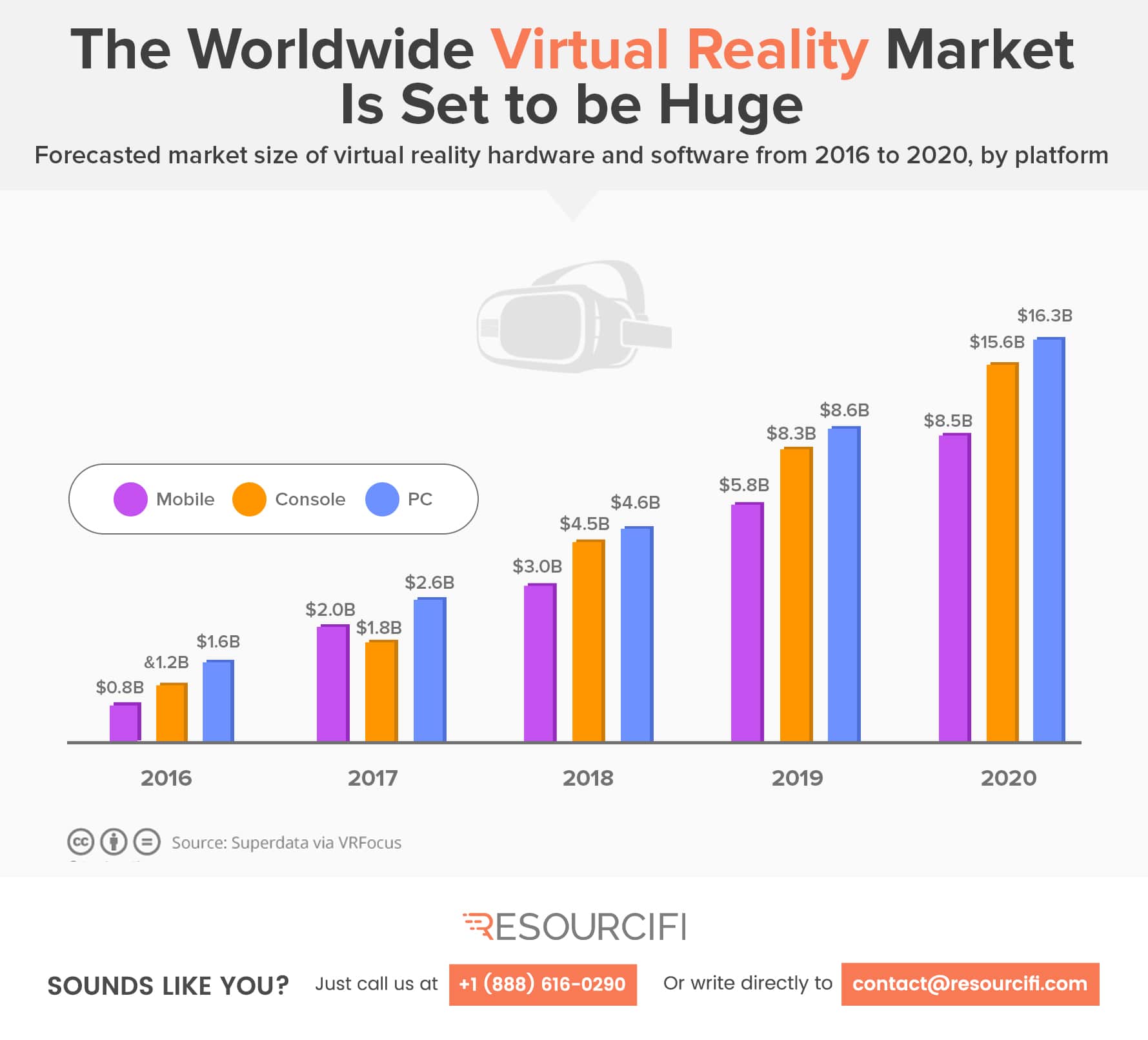 The gaming industry was the one to initially embrace VR technology, and with it many others have started following the same route, looking at its rising influence on Millennials. There are many such institutions who have taken this path and are helping other financial organizations to accept the path-breaking technology. A report by Business Insider confirms that the VR market has made significant strides in 2016, and the market is ripe for transformation in 2017. It also states that the environment is poised for the first killer VR app to hit the market sometime in 2017, which will be a major catalyst for consumer adoption of VR hardware. The report also says that the shipment of Virtual Reality headsets is predicted to soar high at a 99 per cent compound annual growth rate between 2015 and 2020, making it a potentially $2.8 billion hardware market.

With VR at their disposal, Banks have the golden opportunity to make the best use of this technology not just to innovate but to metamorphose user experience. The time is perfect for financial institutions to bag a larger part of the market by providing the best-in-class experience to GenY. The fate of traditional financial organizations is in their own hands. One right move can make all the difference between a bright future and a pale one.

Quality Assurance is an essential part of any software development lifecycle. It is a crucial…