Intelligence whether Artificial or Human, cannot be defined in words. It’s a precious resource that is driving developments, improving economies and recreating the planet. Its various forms including the minutest minds of ants and powerful brains of humans to deep-learning machines prove that Intelligence comes with a vast potential. Out of these, Human Intelligence is the most unique, with an identity of its own, as it has the ability to create new forms of intelligence. HI is what differentiates humans from other living beings and machines. It has been behind all those unparalleled innovations, inventions, and discoveries. How can we forget the likes of Thomas Alva Edison, The Wright Brothers and many such legends who built the roots of the lives we are living today. Another important breakthrough is now taking the world by storm, and it’s nothing but an amalgamation of Human Intelligence and Artificial Intelligence.

Intelligence, a great tool
It’s intelligence that gives us the ability to make the right decisions, befriend people, pursue our dreams, love someone and be loved in return. It gives us the power to make the difference between right and wrong and decide which way to go and which to avoid. It is a magical tool that solves all our problems and let us live our lives in the best way possible. The human-made tools have undergone massive evolution from basic rocks that were used to butcher animals for food in Stone Age to Artificial Intelligence in the Information and Experience Age. The growth has been tremendous since then. The primary purpose of all these tools has been to improve the way we do various things.

From the starting itself, these tools were created to do certain tasks on our behalf, so that we humans, could concentrate on more meaningful works. This thought process has continued since then. This is how we have progressed, by developing intelligent tools and taking calculated risks.

When both AI and HI come together
We are on the verge of intelligence enhancement, with AI and HI coming together. Like all other forms of intelligence, AI is also created by humans, and a combination of the two proves that we are now moving past using the tools as a mere extension. Instead, we have started working alongside them as their partners to get the best results. The evolution of chess is one of the best examples of this partnership. There is now a sea change in the way world champions play this intellectually-stimulating game. AI chess engines have revamped the game, as can be seen, with illustrious players like Magnus Carlsen taking full advantage of this technology to win.

Augmenting human capability to think and create, Artificial Intelligence is enabling us to build masterpieces in various streams. The deadly combination of AI and HI is developing a range of new possibilities that didn’t happen in the history of mankind. Whether it’s diagnosing diseases on time, improving art or even transportation, this partnership is extending itself and going beyond horizons to make things better.

The only hurdle in bracing up for the powerful future is the fact that humans are not yet ready for such a transformation. The technology that we created like keyboards, screens, voice commands, etc., are posing a hindrance to connect with new creations. Evolving along with AI would be difficult, thanks to the declining access to our own minds. Unearthing new capabilities of the brain is a daunting challenge that has to be conquered in order to keep pace with AI. 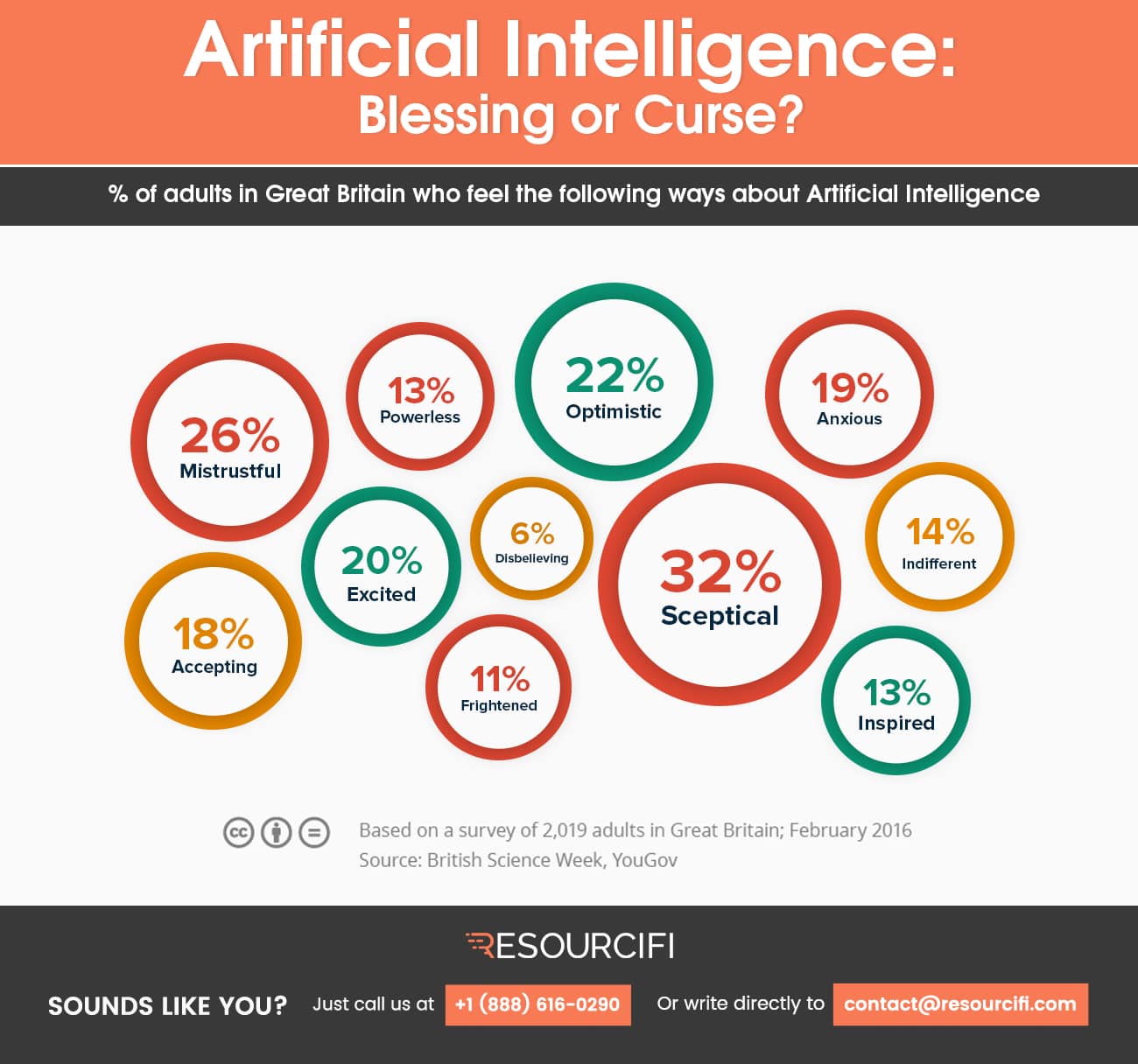 Where is it taking us?
Human Intelligence plus Artificial Intelligence equals a bright future, but it’s possible only when we upgrade our skill sets. This combination will make life easy, hassle-free and convenient and businesses more productive and efficient. However, AI will never be able to replace HI. It’s because humans have evolved from being mere players to creators of this game. We control technology and impart emotions and humanly elements to it. Hence, we will always be able to regulate it. This seamless blend of HI and AI offers scores of benefits, and we hope that it makes the world a bigger and better place to live in.